Personal Development : The benefits of being bilingual 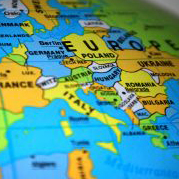 People who can speak two languages are more adept at learning a new foreign language than their monolingual counterparts, according to research conducted at Northwestern University. And their bilingual advantage persists even when the new language they study is completely different from the languages they already know.

“It’s often assumed that individuals who’ve learned multiple languages simply have a natural aptitude for learning languages,” said Viorica Marian, associate professor of communication sciences and disorders at Northwestern University. “While that is true in some cases, our research shows that the experience of becoming bilingual itself makes learning a new language easier.”

In the first study to explore a possible advantage in bilinguals who learned a second language at a parent’s knee, Northwestern researchers asked three groups of native English speakers – English-Mandarin bilinguals, English-Spanish bilinguals and monolinguals – to master words in an invented language that bore no relationship to English, Spanish or Mandarin.

They found that the bilingual participants — whether English-Mandarin or English-Spanish speakers – mastered nearly twice the number of words as the monolinguals.

And they believe the bilingual advantage is likely to generalize beyond word learning to other kinds of language learning, including learning new words in one’s own language and a very basic ability to maintain verbal information.

Marian and Margarita Kaushanskaya, now assistant professor of communicative disorders at University of Wisconsin-Madison, are co-authors of “The Bilingual Advantage in Novel World Learning.” Their study will be published in the August issue of Psychonomic Bulletin and Review.

The study has important implications for educators who are considering the appropriate age at which to introduce foreign language instruction as well as for parents who in increasing numbers have an option to enroll their children in dual language immersion programs.

“We’re seeing that exposure to two languages early in life carries far-reaching benefits,” said co-author Kaushanskaya. “Our research tells us that children who grow up with two languages wind up being better language learners later on.”

Although there are more opportunities today for children to participate in dual language immersion programs than in the past, parents often avoid them for fear that dual language instruction may end up confusing or distracting their children and inhibit subject learning.

What’s more, the majority of the world’s population outside the United States is bilingual or multilingual, Marian noted. In the U.S., approximately one out of five American households speaks a language other than English at home, according to the U.S. Census. And, with higher birth rates among Hispanics relative to the rest of the population, that proportion is rapidly growing.

Previous research already indicates that individuals who have formally studied two or more languages as adults more easily acquire a new language than monolinguals. New research even indicates that the onset of Alzheimer’s disease in bilinguals is, on average, delayed by four years compared to monolinguals.

The Northwestern researchers chose to study bilinguals who learned a second language at an early age and in a non-classroom study to avoid suggestions that their subjects simply were exceptionally talented or motivated foreign language learners.