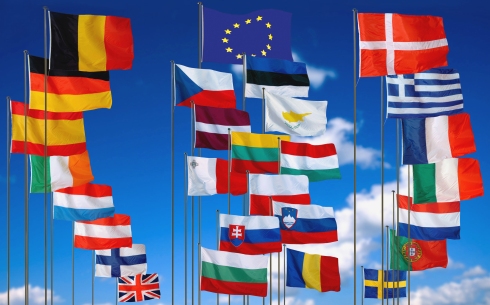 What is it really like to start your career abroad? We talk to three graduates who are now reaping the rewards of having taken that step

Current position: Project engineer, based in the UK, with Foster Wheeler, a global engineering and construction contractor

Rece studied Engineering at the Technical University of Cluj-Napoca, in Romania. In his final year, alongside his studies, he began working part time in the universitys rapid prototyping department for unconventional technologies, often having to work nights and study by day.

After finishing his degree he studied for a Masters of Engineering in Design of Advanced Technologies, while working at a local engineering firm. “The salary wasnt as good as I would have wanted but the job gave me a chance to work with the latest technology, he says. “It was challenging for me and it was a good experience.

With his Masters gained, he took an engineering with job with one of one of Romanias biggest pharmaceutical companies. He soon moved into a more managerial role but realised that in Romania, to be formally recognized as a manager requires a management qualification, so he began a Masters in Business Administration, juggling his studies with long hours at work. “It was a tough period in my life, studying and working, he recalls. “The work was pretty serious and we did long hours and I had to go to school at least three times a week – but I managed it.

Rece says getting some kind of additional business education can be useful for engineers, giving them an insight into how their whole company works, rather than just focusing on their own area. He adds that in continental Europe, the Middle East and Asia, having a business education is often a prerequisite for moving into a managerial role.

After three years with the company he began looking for another job and a recruitment agency sent him details of a vacancy with GlaxoSmithKline, in the UK. He was interviewed in Romania and got the job, but just as he was about to start he was told the position had fallen through. Luckily he found a job with the engineering company Foster Wheeler, also in the UK.

Now a project engineer, Andreis works on oil and gas projects, co-ordinating the construction of new plants. His work takes him around Europe, working with the sub-contractors who build components for the plants. He hopes to get a role as a project manager in the next two to four years and says he would have no hesitation in moving country again for the right job.

“Working abroad is a good experience and it represents a completion for the knowledge gained in school, Rece concludes. “It gives you a different view about the world and your profession, and that can be a really helpful in all aspects of your life. Ive been very lucky that I had the courage to do it.

A true citizen of the world, Majkowski has was born in Australia, has Polish parents, and moved to Italy with her family at the age of two. She went on to study at an English-speaking international school in Rome.

When she was 18 she decided to move to England to study maths at University College London. “I thought that studying in England would give me the facility to work wherever I wanted, because English is the most widely used language and English universities are known throughout the world, she says.

Majkowski also considered studying in the Canada, Australia and the US, but said England was the most convenient geographically. Her international background meant she had no trouble adjusting to life overseas. “It comes down to the fact that Im quite international, Ive always been in an international environment, and Ive travelled a lot, she says. “I dont have any trouble moving places and adjusting to different cultures because my culture itself is mixed. She says that studying in England meant she was able to complete her undergraduate degree and Masters in four years, rather than the six or seven years that is typical in Italy.

After finishing her degree Majkowski want to study for a Masters in Mathematical Modelling and Scientific Computing, knowing that a strong background in maths would give her the opportunity to work in a number of different fields, including IT, finance and engineering. Having completed her Masters she began reading about investment banking and discovered it was a field that would let her apply her mathematical skills. Majkowski signed up with a recruitment agency and soon after she found a position at HSBC.

As a valuations analyst, Majkowski uses mathematical models to make projections about future behaviour of investments. Although she says her international background isnt important for her current role, she believes that knowing different languages is seen as bonus by employers and the fact that she moved abroad to study shows she has the flexibility to adapt to a different culture.

Having already lived in three countries, Majkowski says she would have no problems moving overseas again if the right opportunity came along. “I would prefer to stay in Europe, because its nice to be able to see my family whenever I want, but I would definitely consider moving again if I had a good opportunity in another country.

A popular route to gaining experience of working within several EU countries is to undertake a secondment within an international company. As a member of energy firm E.ONs Central Operations Group (COG), mechanical engineer Stephen Barrow is part of a pool of engineers who can be called upon for engineering support, dealing with overhauls and breakdowns at power stations in the north of the United Kingdom. When an issue occurs, the team come in and carry out tasks such as examining health and safety matters and managing contractors. “Most recently we have been updating and upgrading cooling tower fans to a more efficient design, he explains.

Barrow has worked at E.ON since September 2006, joining the company after a four year joint undergraduate and Masters degree in Mechanical Engineering and German at Britains Sheffield University. This included an exchange year spent at university in Bochum in western Germany. “During this time I was actually studying mechanical engineering in the German language, he explains. “I have always been interested in how things work – its not just the process of taking something apart and seeing how it operates – I am also interested in finding the most effective way of doing things.

Since joining E.ON he has spent two years on the companys graduate training scheme, followed by a year gaining experience within the company working on a variety of projects including work on gas, coal fired and renewable energy plants, as well as gaining knowledge of policies, management and legislation. He also undertook a four month placement back in Germany last year, working to develop small biomass-fuelled combined heat and power (CHP) plants that are built on-site to provide power for industrial facilities. “We have had to look at viability using techniques such as computer modelling, he says. “The plants are fired using sewage sludge, which under German law is normally subject to strict processing and regulation before it can be used as, for instance, a fertiliser.

He has the following advice for those thinking of undertaking a placement abroad: “People are very understanding of mistakes when using their language so dont be afraid to use it. Although culturally, Britain and Germany are very similar, small differences such as Germanys emphasis on punctuality should be taken seriously to make a good impression.