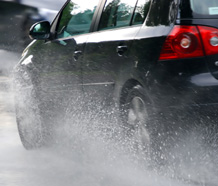 Even if you live in a major metropolis such as Paris or London and see car-recharging stations dotted about these capitals, it still takes quite a leap of the imagination to envisage cities with large numbers of electric cars whizzing silently about. Now imagine fuel being supplied by utility companies via a monthly bill and batteries, the big-ticket part of such vehicles, being leased and subject to upgrades, just like mobiles phones are today.

The future is near

Its a vision that is actually only between six and 18 months away, where you can plug your car in at a parking meter while you shop or while parked at the train station, or overnight at home wherever is the most convenient. Daimler, the Renault Nissan alliance, Volkswagen, Volvo, Smart, Chevrolet and Opel-Vauxhall are all planning electric cars that will hit the market between 2009 and 2011. The first examples, such as the electric Smart are already undergoing testing in European cities, with others, such as the Mini E doing the same in several US states.

Car makers are working hand in hand with power suppliers in many places: European utility giant RWE is set to launch a pilot project in Berlin from early 2009, in which 100 Smart cars and 500 public charging stations will be put in place for public use. In Denmark and Portugal too, Renault and Nissan plan to invest heavily with power supply partner EDF to set up a recharging infrastructure, with an initial model range of three cars to be launched in 2010/2011. Toyota and PSA Peugeot Citron are also working with the French utility, helping to spread the costs.

Arguably, the most advanced model to hit the market will come from General Motors. The Michigan-based giant unveiled the Chevrolet Volt last September and is set to start building the revolutionary vehicle in its home state from late 2010. Exports to Europe are set to follow in 2011, and there should also be a related model for Opel and Vauxhall: the Flextreme.

What sets the Chevy Volt apart from other battery-driven cars is its small petrol engine that can get you home if the lithium-ion cells are exhausted. These are themselves estimated to give a range of 60km. GM is keeping the identities of its battery partners secret for now, but it is known that the firm has been working with both Compact Power, part of South Koreas LG Chem, and a consortium of Continental and A123 Systems.

A size class or two down from the Golf-sized Volt, and in fact closer to production,is the Mitsubishi i MiEV (Mitsubishi Innovative Electric Vehicle). This little five-door hatchback is closely related to the i, a conventional model sold in Japan and some other right-hand drive markets such as the UK. A testing programme in Japanese cities has recently been expanded by a European initiative, with the firm keen to stretch the abilities of many of its intake of graduates in promoting the new technology.

Catherine (Cat) Perrin, who graduated from the University of Bath with a BSc in Business Administration and joined Mitsubishi Motors UK as part of its sales and marketing graduate scheme, is now heavily involved with the companys advanced technology electric car programme. The graduate scheme offers a wide variety of real jobs across a number of business functions, she says. Over the last three and a half years, I have had five roles: customer services advisor, sales planner and analyst; marketing services and promotions controller; product planner; and now, product manager for our new electric vehicle. Being so closely involved with an innovative technology (the i MiEV car) ahead of its market introduction has definitely been one of the highlights of my time with Mitsubishi.

Electric car doubters have also had to eat their words as Mitsubishis R&D programme has picked up speed. The target range with a single charge was 160km for fleet test vehicles more than enough to change the minds of many who once said electric cars would never be competitive in the real world of power-sucking stop-start traffic applications. And while cheap-rate recharging overnight will be the preferred option for most owners, Mitsubishi and its rivals are all aiming to have systems that can give their electric cars an up to 80 per cent charge in around 30 minutes.

While only a few of the biggest names in the European car industry are fairly quiet when it comes to electric car tech Fiat, for example, prefers to leave much of its R&D in this field to its commercial vehicle division others are staying away completely, but for interesting reasons. Honda, for example, says it prefers to keep researching such technology but has no plans to bring a battery-powered car to market, for now concentrating on other technologies. The Japanese giant has impressive R&D facilities in several European countries, as well as vehicle production facilities in the UK and Turkey.

Hondas European division was responsible for bringing the companys acclaimed clean diesel engine to market, and Honda is also a world leader in hydrogen fuel cell technology, having launched the revolutionary FCX Clarity earlier in 2008, admittedly only in small numbers and on a subsidised lease-only basis. The car itself, which emits only water droplets from its exhaust, is available in Japan and the US only, yet Honda Europe chose to display it at the recent Paris motor show, suggesting we may yet see a launch here.

With car sales down dramatically in Western Europe but still holding up well in Central and Eastern markets, 2008 has been a mixed bag for the industry. Even if the economic clouds continue to darken throughout 2009, up to €40bn in R&D grants and loans looks likely to be made available to car makers from the European Commission to help them make the leap to a greener future. So despite what could well be a major downturn, huge investments are nevertheless being made and the smarter companies are realising that the time has come for zero-emissions vehicles that will, at a stroke, begin to take the car out of the global warming and resource depletion debates.

Glen Brookes is a freelance writer whose roles have included editing JATO Dynamics’ JATONews portal as well as the US-based Autoweb.com