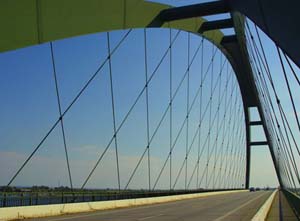 Engineering graduates in certain disciplines are in high demand in Germany, with more vacancies than qualified people to fill them. Julia Pierce finds out what companies are doing to attract the best graduates.

In the current economic climate, recent graduates of many disciplines have found themselves in a fierce competition for jobs. Yet in several sectors of engineering, graduates in Germany can have their pick of the positions. While the numbers of engineers graduating from German universities has risen to 52,900 in 2009 from just 36,100 in 2002, the country’s industry is still short of suitable candidates. “These graduates are not necessarily available to the German labour market,’ explains Lars Funk, head of the profession and society division at The Association of German Engineers (VDI), one of the largest technical-scientific associations in Europe. “They might continue studying in a master’s study programme, for instance.’

An ageing population means the number of graduating engineers will decline soon, making it impossible to replace those who retire. “With the economic recovery, the need for engineers is bound to increase substantially,’ continues Funk. Mechanical, vehicle and electrical engineering are worst hit. “Despite the economic downturn during the last years, in October 2010, there were 43,500 job vacancies more than there are unemployed engineers who could possibly fill the positions if they all had the required qualifications.’ Some firms are filling the gap by recruiting engineers from other EU countries. To help check whether potential employees have the right qualifications, the VDI has recently introduced the engineerING card in Germany. “Other countries will soon follow,’ says Funk. “As a professional identity card for engineers, the engineerING card provides for more transparency and comparability within the European labour market. It is an adequate instrument for fostering intra-EU mobility for engineers by facilitating the recognition process for engineers’ professional qualifications.’

Firms are also involving themselves with university research to attract the best candidates before they graduate. “They offer co-operation for students’ theses, internships, career events and mentoring programmes,’ says Funk.

Siemens AG is one such company. “In Germany alone, we have nearly 3,000 job vacancies – about 80 per cent of which are for engineers,’ says Silke Reh of the company’s corporate communications and government affairs department. Thanks to its good reputation as an employer, Siemens is still very successful in filling vacancies as they occur. However, it foresees problems for the future. “The need for qualified young talent will increase, yet the number of workers in Germany with technical backgrounds is declining,’ continues Reh. “That means we have a lack of qualified personnel in technical fields and must motivate more young people to pursue careers in engineering and the natural sciences.’

Both Siemens and the VDI are working to promote a modern image of the engineering profession. “Using role models can be very effective,’ Funk says. “VDI has already had good experience with this approach in the context of our project, MINT Role Models. This seeks to inspire schoolgirls and female students to pursue a career in engineering.’

Meanwhile, Siemens has developed its training capabilities to become one of the largest private providers of vocational education in Germany, investing about €160 million a year in its employees and supporting over 1,000 university projects a year as well as school projects. “With our Yolante mentoring programme, for example, we support about 100 women a year in their scientific studies,’ says Reh. “We have a programme for disadvantaged young people, many of whom have migration backgrounds. Since we launched the programme three years ago, we’ve hired 250 young people a year and provided them with special support’