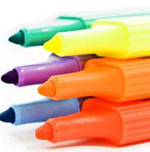 UK: The University of Sheffield has been recognised for leading the way on supporting international students and championing diversity within higher education after being shortlisted for three prestigious Guardian University Awards 2014.

This announcement further strengthens the University’s position as an international centre of excellence and ambition and reflects an exceptional year in which the institution sparked a parliamentary debate and collaborative project in support of international students, sent students and alumni ‘into space’ to encourage people to Go Higher and championed moves to become a more diverse staff body.

The University has been shortlisted for three awards across the 14 categories: International Project, Diversity Initiative and Comms Campaign.
The nomination for an outstanding International Project highlights the success of the University’s pioneering ‘We Are International’ campaign which was launched at the Houses of Parliament in March with the unveiling of a report which demonstrates that international students in the city are responsible for pumping £120 million into Sheffield’s economy every year.

The report, commissioned by the University of Sheffield and conducted by Oxford Economics, was the start of an innovative initiative including a revolutionary film which helps the most talented Indian students better understand the process of applying to the UK’s world-leading universities.
Led by the University of Sheffield, the project is a unique collaboration between UK universities, the British Council in Delhi and the Home and is now supported by over 45 institutions across the UK.

In the summer the University launched the world’s highest ever advertisement by promoting the Go Higher campaign, inviting students to upgrade to the world-leading institution during clearing. The out-of-this-world mission saw the names of 2,013 students and alumni being sent into space reaching an altitude of 38 kilometres. The extraordinary campaign which helped both the press and public think differently about the clearing and adjustment process has been recognised in the Comms Campaign category.

Professor Paul White, Pro-Vice-Chancellor for Learning and Teaching, said: “Universities are centres of communication. We have important knowledge and messages to share. I am delighted that the University of Sheffield has been shortlisted for two of its most significant campaigns of the past year. I am also proud that student voices make a considerable contribution to our messages: they are the people who need to be heard.”

The University has also been praised for making meaningful steps towards enabling a more diverse staff body, both academic and administrative, and championing the case for equality in higher education. It is a long held belief at the University of Sheffield that a fully inclusive university community is the key to our success – actively attracting and engaging talented individuals from many different backgrounds, heritages and lifestyles.

Andy Dodman, Director of Human Resources said: “Our equality and diversity work captures the imagination and skills of all staff and helps us to attract, grow and engage talented individuals from diverse backgrounds. I’m delighted that our emphasis on promoting difference and inclusivity has been recognised today by the announcement that we have been shortlisted for this prestigious award.”

The Guardian University Awards showcase and celebrate the outstanding innovation, creativity and impact of UK universities across the higher education sector in delivering world-class teaching, research and engagement.

The awards aim to recognise and reward working projects in universities that demonstrate genuine innovation in the sector, collaborative delivery on the ground and meaningful impact both inside their institutions and beyond, with the potential to inspire others.
Award winners will be announced at a special ceremony in February 2014.

For more information about the Guardian University Awards visit http://www.theguardian.com/higher-education-network/university-awards