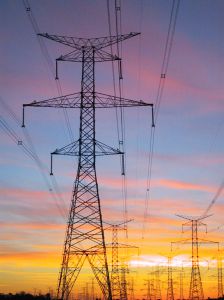 The next generation of superconductors look set to revolutionise everything from medical scanners to rail networks, with its potential to enable lower energy consumption across society. Robin Fearon talks to the Europe-based researchers who are bringing this exciting technology to the masses

A heat engine that converts thermal energy into currents of millions of amps. A train that levitates. Tiny magnets capable of supporting the weight of a lorry. All of these things and more are possible thanks to the development of superconductors. These versatile materials, cooled at sub-zero temperatures, are changing the face of the industrial world.

These applications are made possible by superconducting magnets that create intense magnetic fields. This development alone has fuelled a boom in medical diagnostic technologies such as magnetic resonance imaging (MRI) with a multi-billion Euro market worldwide as well as making possible the Large Hadron Collider at CERN.

“We can hugely reduce the mass of MRI scanners so it is practical for a GP to have the technology on their desktop, says Dr Tim Coombs, senior lecturer at the UKs Cambridge University and managing director of Magnifye. “You could produce a compact system for diagnosing limb or joint problems or increase the bore size of the scanner, the resolution and image rate for high-end MRI. Dr Coombs firm has developed what it considers to be a definitive next-generation superconducting magnet to realise this potential.

In addition, Magnifye is looking at super-efficient direct-drive motors for wind turbines, wave and tidal power generators. Nearly all our everyday activities require electricity and the potential of superconducting materials now offers the opportunity to upgrade national energy grids, from generators through to power lines, meaning huge reductions in energy loss throughout the networks.

Physicists and electrical engineers have spent most of the twentieth century poring over the knowledge that super-cooled materials can conduct electricity without resistance. Dozens of European academic and industrial laboratories have worked together for decades on developing an elusive combination of compounds that can be mass-produced for commercial use.

Until the 1986 milestone discovery of high-temperature superconductors (HTS), it was a difficult and narrow field requiring super-cooled temperatures near absolute zero (0K or -273C). Slow progress was punctuated by discoveries such as German researchers Meissner and Ochsenfelds demonstration of the diamagnetic effect (now known as the Meissner effect) where a current passing through a superconductor exercises a strong repelling force on an external magnetic field.

This led directly to the development of propulsive maglev technology; but a wide range of experiments since then has concentrated on the discovery of elements, alloys and material combinations that could be used to produce the best superconductors. A number have been developed since the 1940s that show superconductive properties at temperatures between 15-22K but it was not until 1962 that the American company Westinghouse developed lengths of superconducting wire from niobium titanium alloy on a truly industrial scale.

Using non-metallic HTS compounds brought its own challenges, such as how to create industrially usable quantities of tape to carry the current instead of wire. The potential of HTS compound yttrium barium copper oxide is one that UK firm Magnifye is exploring to maximum potential because it can conduct electric currents at one million amps per cm2.

After his involvement in research for the past 17 years, Dr Coombs believes we are at a technological tipping point: “We are making superconducting permanent magnets that are an order of magnitude stronger than normal permanent magnets. If you have an order of magnitude stronger in a motor then the motor can be reduced to a tenth of the size. The materials have been around for a long time but the problem was turning them into magnets, our breakthrough is making it work at all.

He is unabashed about what this means for worldwide industry in the near future: “It will revolutionise a whole swathe of different industries. A lot of machines use magnets that would achieve a technical and commercial advantage from this technology. You could potentially replace every single moving magnet machine in the world above a certain power.

“As well as transforming power generation in conventional power stations, wind, wave and tidal power, it can help where there are problems with transmission in cities such as Tokyo, New York or London where it is physically impossible to fit any more conductors under the road and you need devices that carry more current per unit area.

Exciting opportunities exist for graduates researching applications in an ever-expanding field. Research in bulk superconductors is mature but in terms of wire and tapes, the industry needs to take a stride forward. Companies like Siemens, Rolls Royce, Boeing and Philips are all working on prototypes for superconducting machines. “A lot of work is ongoing, the markets are relatively small, but it will grow dramatically over the next few years, says Dr Coombs.

From a relatively compact multi-billion Euro industry, the sky is the limit. Zhiyong Hong considers it a tantalising prospect. An electrical engineering graduate from the University of Shanghai he studied at the University of Nottingham before completing a PhD under Dr Coombs’ tutelage and now works for Magnifye. “I’m in charge of designing the magnets and I help others to do the experiments, he explains. “Typically I run numerical models to help design prototypes and run simulations to see the best configuration. I also assess the materials to fabricate our superconducting magnet. Its a very exciting area to work in with massive potential because it is a brand new technology.

Dr Hong believes it will change the whole concept of superconductivity in electrical applications and sees the company’s expansion as the next logical step. There may be more ingrained problems in certain areas such as superconducting computers, where researchers into next-generation processors are waiting for that eureka moment, but clearly we are on the verge of enormous technological and economic transformation. It is time for our next big imaginative leap. Resistance is futile.

Robin Fearon is features editor for the Veterinary Times and has also worked as editor for WhatsOnUK Guides as well as writing for the Daily Mirror, Tatler and the British Councils Postgraduate UK magazine.

Previous Post:Gain a civil engineering qualification through ICE
Next Post:The importance of vaccinology