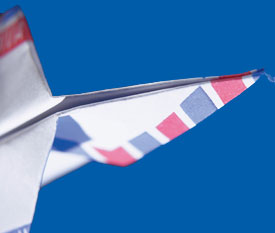 Finding work in another country goes beyond translating your CV into the right language or preparing it in the Euro CV format. Emma Bird discovers why.

With Europe getting bigger – Bulgaria and Romania are now EU member states – the interest among graduates and professionals to work in a country other than their own is at an all-time high. This is hardly surprising given that stints abroad are now seen as requisite in order to climb the career ladder. And with record numbers of workers willing to migrate, it is no longer enough to have done a stint of work experience in another country or to speak one foreign language. “This is no longer something that makes you stand out,” says Nannette Ripmeester, managing director of Expertise in Labour Mobility and an expert on international mobility issues. “In fact, I would even go so far as to say it is something all employers expect so you need to have done something that really makes you shine. If you have led a mountaineering expedition or achieved something really unusual then make sure your prospective employers know about it.” But even when you are the best candidate for the job, the application process is not as straightforward as it might appear. Although the EU has introduced the Euro CV to standardise application procedures throughout Europe, it does not pass muster with many employment experts. Ripmeester is one such person who believes the document is far too detailed. “The Euro CV is a very nice exercise in theory,” she says. “But it is lengthy and not all countries require that level of information. I would advise people against using it. A CV that is culturally adapted to the relevant country is far better. What do I mean by that? For example, in the UK, there is a habit to add on unusual hobbies and interests at the bottom of the page if they are relevant to demonstrating a particular skill set. In Italy, that kind of information is not necessary because the CV is merely a tool to get you to interview.” Other points to bear in mind when you come to write your CV are checking whether or not attaching a photo is a necessity, whether an English-language CV should be submitted in American English or British English and whether or not employers will recognise your degree subject. This is especially true when you have studied a non-conventional subject, such as Landscape Architecture or Wireless Network Systems, which doesn’t readily translate into another language and another culture. In some countries, including Italy, you must also include a specific clause authorising the data on your CV to be used by potential employers in the selection process. For Italy the clause is: “Autorizzo il trattamento dei miei dati personali ai sensi della legge 196/03 anche con modalita elettroniche e/o automatizzate, per le finalita di ricerca e selezione di personale.” This translates as “In accordance with law 196/03, I authorise the use, including electronic and automated methods, of my personal data for selection and recruitment purposes.” Without this one-liner, which must be used in Italian, your application will go straight in the bin. Then there is the covering letter. Just as different EU countries have differing attitudes towards the CV, so their approaches to the covering letter also differ. Get the CV right and the covering letter – which is read first of all – wrong and you will have ruined your chances of getting shortlisted for interview. The Brits are in the habit of writing lengthy one-page letters to draw attention to relevant sections on the CV, the Italians want one or two sentences and nothing more and the French still expect candidates to handwrite detailed application letters which may or may not be analysed by graphologists. When it comes to interviews, make sure you are clued up on the work culture and understand the importance different countries place on language and speech. For example, the French fire off short, quick sentences, the Italians believe eloquence is key, and both nations abhor silence. Scandinavians on the other hand, have a deep respect for pauses in conversation. It is easy to overlook these points as irrelevant but by not paying attention, you are showing that you do not respect the culture of the country you wish to work in. The book, When Cultures Collide: leading across cultures by Richard D. Lewis (Nicholas Brealey International) is a thorough guide that is essential reading prior to being interviewed by a foreign boss. Messing up the interview is something Sarah Hall, 25, knows all about. Originally from Liverpool, she has worked in Germany, Sweden and Spain. “My advice to any budding Euromanager is to be aware of culture clash. It is acceptable for northern Europeans to bring up the issue of money in the first interview whereas southern Europe will call you back for a second, third or even fourth interview. I was after one really good job in Spain but lost it because I thought they were stringing me out and weren’t taking it seriously. Looking back, they were just doing as they always do. It was I who behaved in the wrong.” Canadian Mary van der Boon, who is president of the Amsterdam chapter of the European Professional Women’s Network and managing director of leading transcultural management consultants global tmc international, says that it’s important to demonstrate that you have a full understanding of what the working culture is. “Adapting similar style of dress to your co-workers, eating the kind of food they eat, enjoying similar activities – these go a long way to earning trust and respect in a new environment. “Try to think of yourself as a cultural chameleon, and mirror back the kind of messages and signals you are getting about communication, appearance and so on. People like and trust people who remind them of themselves. After all, didn’t Freud say ‘we all hate what we don’t understand'”

Emma Bird is an employment expert for Italy and the author of Starting a Business in Italy. She has a first degree in European Studies, French and Italian and is the managing director of www.howtoitaly.com