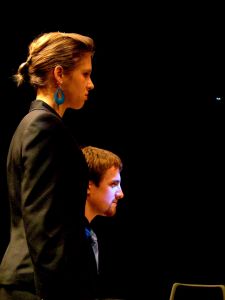 Ready for a challenge?

Hands up who still wants to be a banker? The now infamous global credit crunch will be discussed, debated and analysed for years to come. But one thing is already certain: the image of the industry and those who work in it has taken the biggest ever of its periodic batterings, and been transformed in a way that few could have foreseen a year or so ago.

Many of Europes finest, brightest graduates from a broad range of disciplines have flocked into banking and its second cousin, insurance in recent years. The principal attraction in the case of banking in particular has been the perceived glamour and the riches on offer to just about anyone willing to work 24/7. Many older staff will surely have made enough money to give them a comfortable life. However, the industry evolves and develops in the short- to medium-term.

It is worth noting that even as the financial crisis approached a peak in October 2008, a report from the Bloomberg news agency said that Wall Streets banks still had roughly $20 billion set aside to pay bonuses for 2008; this is clearly well down from the record $39bn for 2007 but still serious money by most peoples standards.

A serious question remains, however. Can the industry possibly remain attractive, or will the brightest and best go elsewhere? The various governments around the world that have ridden to the rescue of their major banks insist that the nationalisation is only temporary and will be reversed as soon as is practically possible, but some will find that difficult
to believe.

Economic crises are, of course, nothing new, and anyone seriously considering a career in any arm of international financial services may already be familiar with the Dutch Tulip Bubble of 1637; the South Sea Bubble of 1720; the Wall Street Crash of 1929; the UKs secondary banking crisis in the early 1970s; the East Asian Financial Crisis of 1997 and the collapse of Long-Term Capital Management in 1998; Russias default on its debt in the same year and the collapse of Argentinas economy in 2001. Anyone who isnt at least aware of these events would be well advised to brush up on their history. As veteran market observers and commentators often like to say: the four most dangerous words in international finance are this time its different. And the people most likely to utter those words are those who have only ever known boom times and dont have an awareness of the industrys history.

Since graduate recruitment became established routine, whatever the effect on headline employment practices, banks have routinely claimed that the passing crisis in question would not affect their graduate recruitment programmes, given their need to ensure at all times that there is a bank of home-grown talent coming through to ensure orderly management succession in future years. But is it still the case that they will have the same opportunities to carry on as before?

The outlook is, of course, mixed, and the reluctance of banks to engage in dialogue makes it difficult to discern their true intentions. Not every bank has been nationalised, though, and the larger ones with more stable graduate recruitment programmes will be less affected, suggests London-based independent recruitment consultant Nicholas Broughton, of Fortuna Search & Selection. But there have been changes, he adds, on both sides of the recruitment equation.
On the employer side, the general consensus is that the competition for good positions has heightened, which means that a 2:1 or even a first class degree is essential for anyone hoping to break into the industry. There will be a squeeze on potential candidates with only a 2:2 to their name. On the graduate side, different areas are beginning to be of strong interest. I can only speak anecdotally but economic graduates who might once have tried for, say, the Royal Bank of Scotland graduate programme, are increasingly exploring their options and looking at rewarding careers in marketing, renewable energy and sustainability. Government involvement makes banking look less interesting, with less pay and doubt about bonuses, and overall a duller
environment.

The underlying tone is an emphasis on job security rather than job satisfaction, which is frankly unbelievable at a time in their life when they should be looking for a long-term stimulating career, continues Broughton. It appears that the Big Four (PricewaterhouseCoopers, Deloitte, Ernst & Young and KPMG) accounting firms and major global banks are among those who, even though they expect job cuts in the real economy and banking as a whole, wont cut the number of graduates they recruit. To these firms, top graduates are seen as the business leaders of the future, and therefore vital to attract at an early stage of their career. In the short-term, the major established programmes will carry on much as normal, maybe recruiting a few fewer people, but were not expecting major dips.

People who still harbour ambitions to enter the investment banking world might, though, think about investigating non-traditional routes, Broughton suggests, perhaps by building their experience elsewhere, such as in accounting, strategic consultancy or other professional services. Investment banking, and banking as a whole, have certainly been tainted by recent events, and even hardened investment bankers recognise that the landscape will certainly change, he says. The appeal of non-partisan M&A (mergers and acquisitions) advice within a large fully integrated investment bank has diminished, because as the investment banks grow, the potential for conflict grows. A large bank employed to give corporate finance advice might spend too much time and effort on the funding of the deal by another part of the bank. Non-conflicting advice will the big thing in the next few years, and boutiques will spring up in some numbers. Investment banking does, though, still offer a challenging and
remunerative career.

The boom times are over, though, at least for now, says Amber Rudd, who runs her own head-hunting firm, Lawnstone. But recruitment is all about planning, especially at graduate level. You need to recruit cheaply the good managers of tomorrow, and we would expect recruitment to continue, but we would expect both banking and insurance to contract quite considerably. And while banking has traditionally been seen as sexier than insurance,
I would expect there to be a public perception that banking is something not to go into, at least for the time being. The way that everyone has jumped on to the anti-banker bandwagon could affect young peoples career choice. The idea of banking as a road to riches is gone, and hedge funds will be THE places to work. Hedge funds rarely, however,
recruit graduates.

The effect on insurance

While the insurance industry has also been affected by the credit crunch the most high-profile casualty being the $85bn bail-out of AIG Paul Roberts, graduate resourcing manager at AXA UK says it hasnt massively affected recruitment plans. Most companies are employing the same numbers as previous years, a few are reducing their numbers, he says. There has been no real impact on our graduate programmes.

We are still looking to recruit a similar number of graduates to last year (45). Graduates are our pipeline of future talent, so it is important that we keep these programmes running to help the company achieve its goals and become the preferred company of its customers, employees and shareholders.

Its hard to say when things will revert to normal, he continues. These are unprecedented times. Id expect it to be at least 12-18 months before the financial markets settle down. However, it has been reported that people are specifically avoiding the investment banking industries for now, and as a result they may come to insurance and non-banking financial service companies instead. That way they build up experience in a closely related industry until the time is right to consider investment banking opportunities again.